Ice Patrol’s Tim Armstrong recently shared an update about the status of the ice melt on Lake of the Woods. According to Armstrong, significant rain and the increase of authorized outflow from the Lake of the Woods Control Board are contributing to melting ice in some areas of the lake.

Sentinel 2, a European Space Agency satellite capable of taking high-resolution photos, was recently over the Lake of the Woods area. The satellite was able to capture full images of the ice melt on Lake of the Woods, a rare occurrence due to the satellite's narrow field of view.

The images showed an ice-covered Lake of the Woods with some patches of open water in some channels. Armstrong confirmed that it is normal for this time of year.

There is currently open water and softened ice patches in the Keewatin Channel and Second Channel towards Scotty’s Island.

There are also multiple patches of water visible around Middle Island, at Eagle pass near the end of Hay Island, and near the Railroad Island south of Hay Island.

And of course, Safety Bay has a significant amount of open water.

Big Traverse is still mostly ice-covered but there is quite a bit of open water along the west side of Falcon Island.

As the outflow of the lake continues to increase as well as continued precipitation and higher temperatures, the ice should continue to melt at a typical speed.

Armstrong predicts that we are on the right track to see Lake of the Woods "clear of ice" by the May Long weekend.

Armstrong expects that Shoal Lake areas further north will melt with a bit of a delay compared to Lake of the Woods, however, that is very typical. 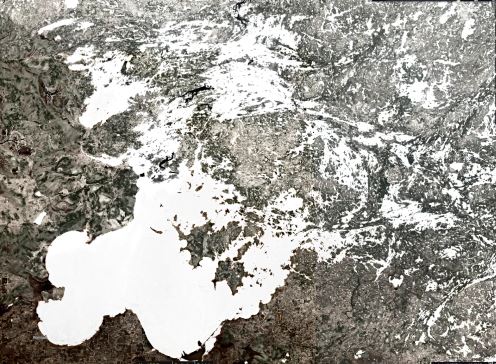 Provincial Constable Degagne recognized for her dedication to Sioux Lookout