The Jets came through for their sick head coach.

Jets goalie Connor Hellebuyck made 25 saves for his first shutout of the NHL season.

The Jets increased the lead to 3-0 at 13:43 when Barron converted a pass from behind the net from centre Adam Lowry. Defenceman Neal Pionk also assisted.

Winnipeg took a 2-0 lead at the 10:38 mark of the final frame. Gagner took a pass from forward Kyle Connor from behind the net, then beat Greiss with a slapshot. Defenceman Josh Morrissey got his second assist of the game.

Greiss kept his team in contention early in the third period. He stopped forward Axel Jonsson Fjalby from point-blank range. He then stopped forward Cole Peretti on his doorstep and forward Kyle Connor, who fired a wrist shot from alone in front.

With Winnipeg up 1-0, Greiss had to be quick to stop a wrister from Perfetti, then stopped Connor on a breakaway. Scheifele also hit a goalpost as Winnipeg outshot the Blues 9-5 in the middle frame.

The Jets opened the scoring midway through the second period. Scheifele stopped a point shot from Morrissey in front of Greiss. He then deked around him and slid the puck into the empty net at the 10:30 mark. Forward Mason Appleton, who dug the puck out of the corner and sent it back to Morrissey, also assisted.

Early in the second, the Jets misfired on several shots while on the power play. Greiss did make a great save on Jets forward Pierre-Luc Dubois during that man advantage.

There was no scoring in the first but both goalies had to be sharp as they each made 13 stops. Hellebuyck twice stopped Blues forward Ryan O’Reilly on the same power play. Both came from his doorstep. Hellebuyck also stopped St. Louis forward Vladimir Tarasenko from point-blank range.

Jets head coach Rick (Bones) Bowness was not behind the bench for the game. Bowness, who just recently returned from a bout with COVID-19, had cut a media availability short after the morning practice due to dizzy spells and was advised to rest. Judging by the video of his address, the 67-year-old Bowness was in obvious distress. Associate coach Scott Arniel replaced Bowness behind the bench Monday. Bowness has only been behind the bench for one of six regular-season games since he was hired. That game was a loss to the Toronto Maple Leafs on Saturday.

The Jets were again without sniper Nikolaj Ehlers, who had been placed on injured reserve but may be back during the team’s road trip later this week. Forward Dominic Toninato was called up from the Manitoba Moose farm team but did not dress for Monday’s match. … The Blues played without injured forwards Brandon Saad and Pavel Buchnevich. … Winnipeg’s five-game home winning streak, dating back to last season, ended with the loss to Toronto on Saturday.

Blues: Return home to host the Edmonton Oilers on Wednesday.

Jets: Embark on a three-game road trip that starts in L.A. against the Kings on Thursday.

This report by The Canadian Press was first published Oct. 24, 2022. 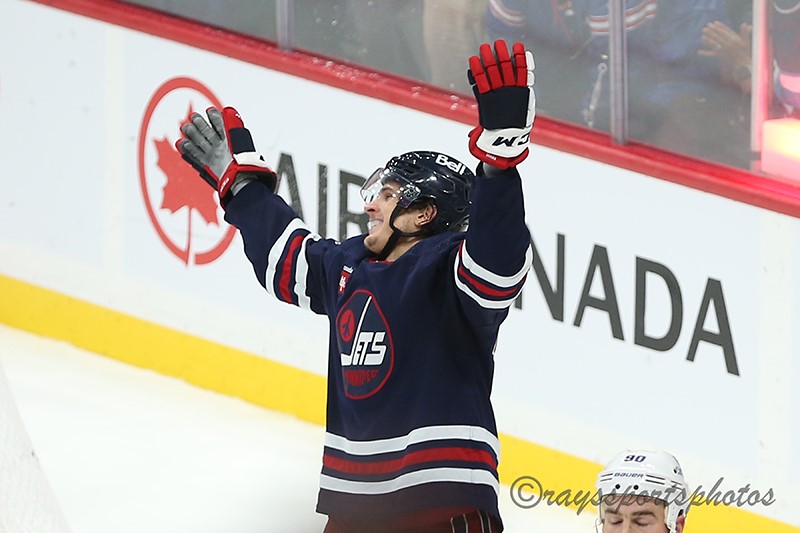 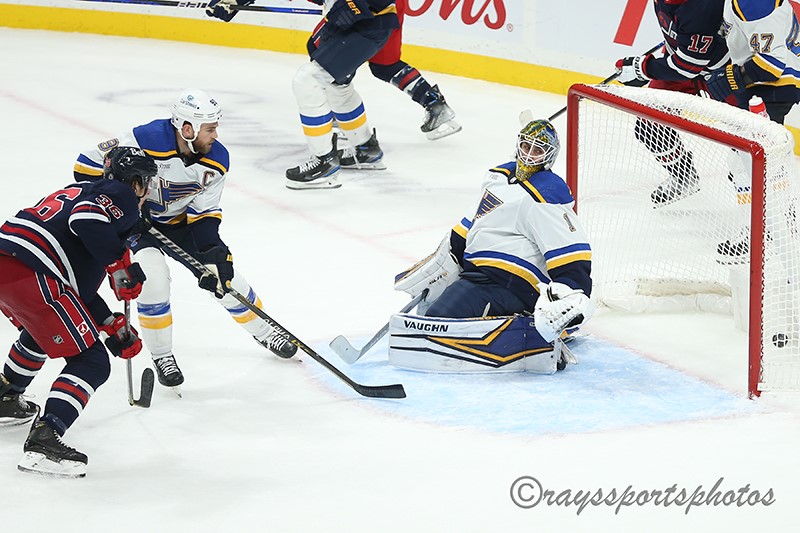 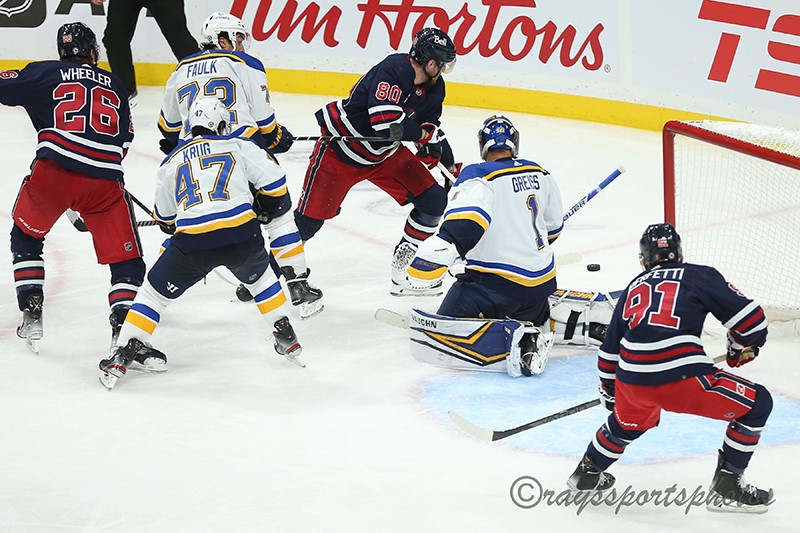 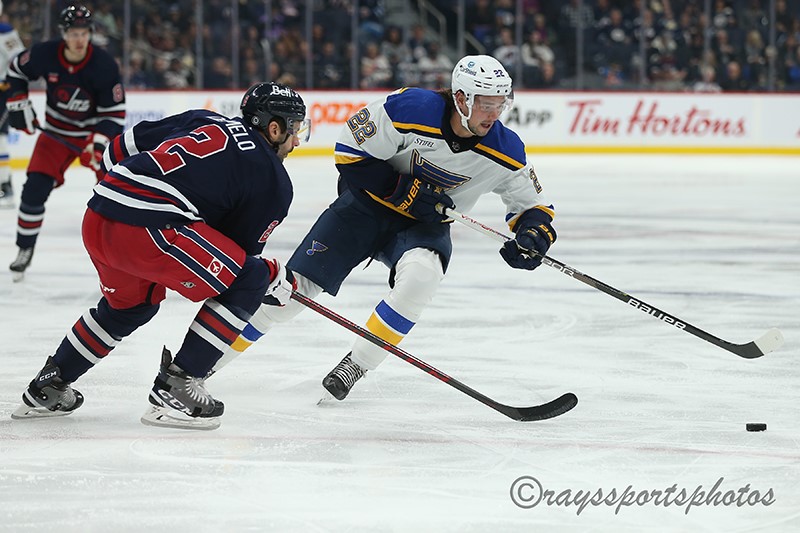 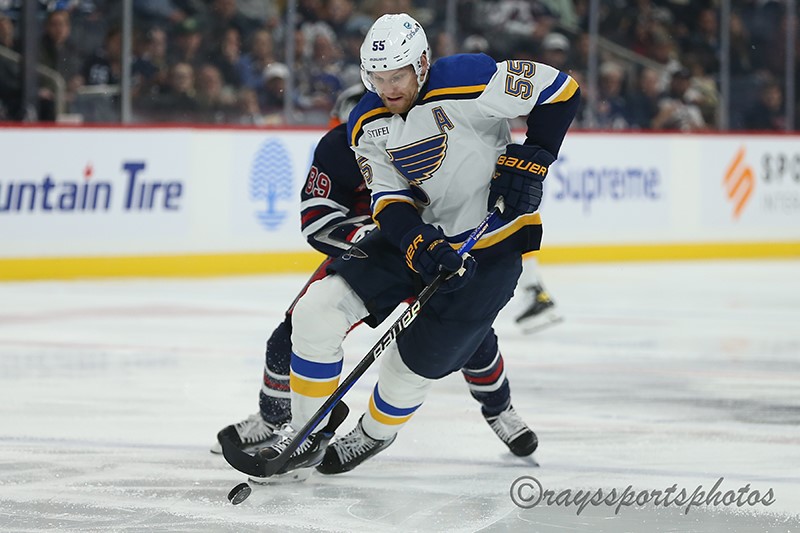 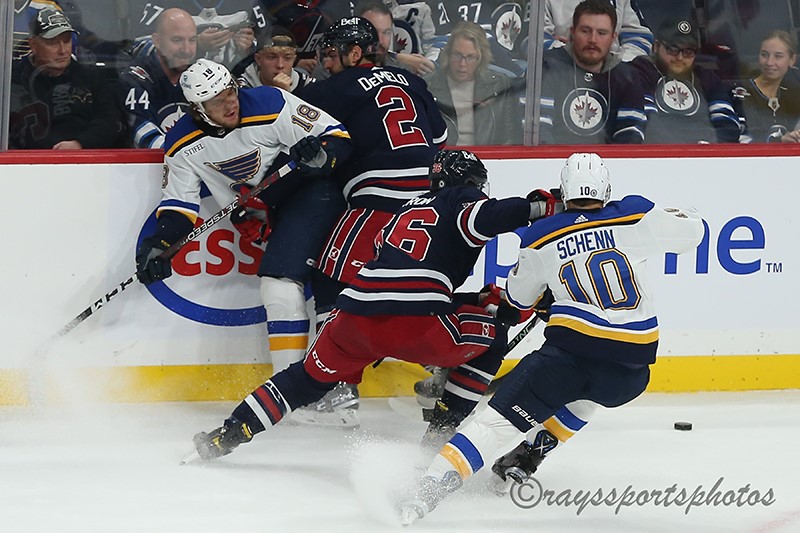 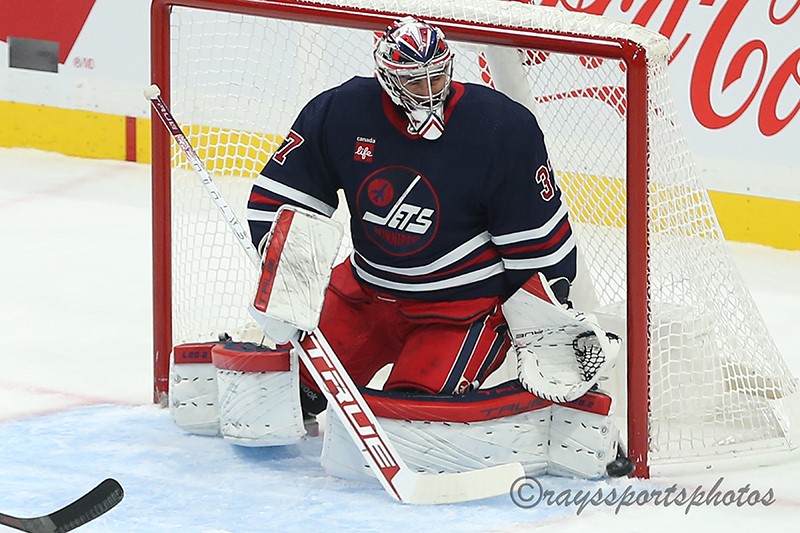 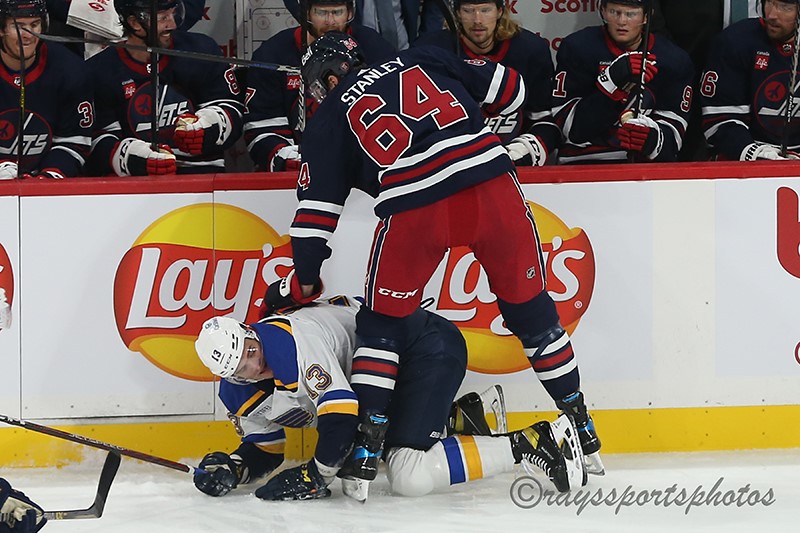 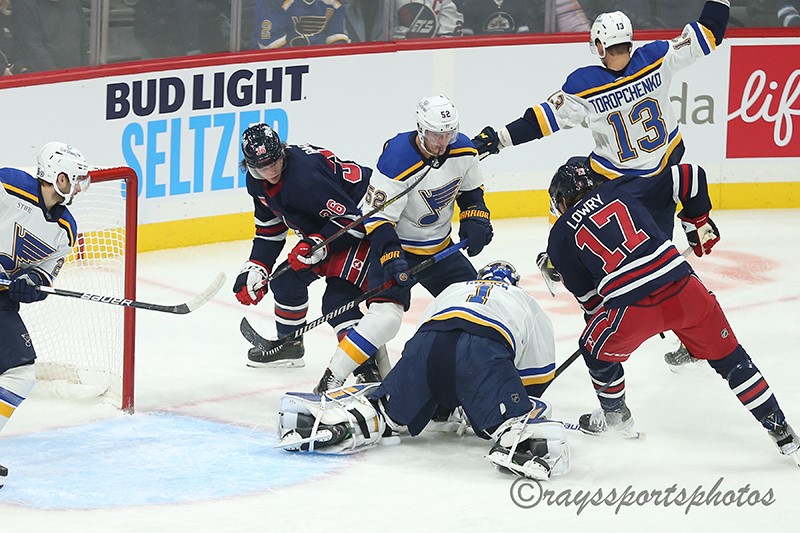 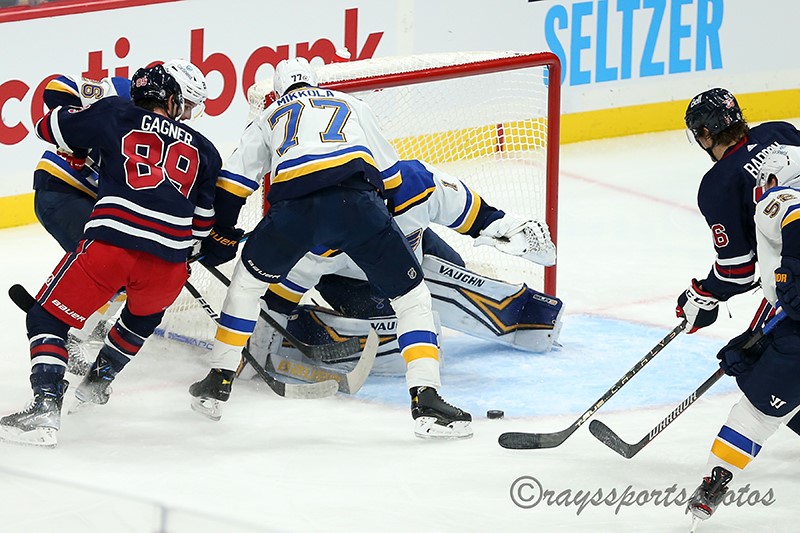 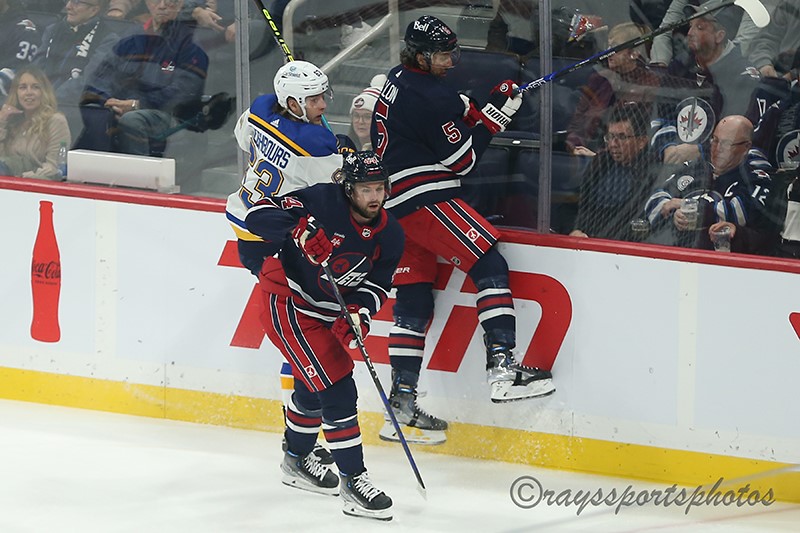 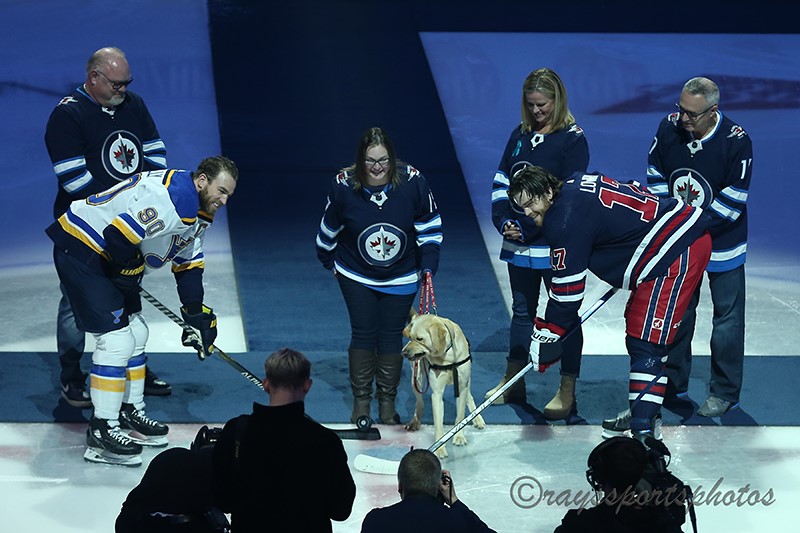