David Kampf and Michael Bunting also had goals for the Leafs, who were kicking off a five-game NHL road trip.

Ilya Samsonov made 31 saves for Toronto (4-2-0), giving him victories in all four starts he's made this season.

Pierre-Luc Dubois scored for the Jets (2-3-0) in front of a sellout crowd of 15,325 fans at Canada Life Centre, many clad in Leafs jerseys.

New Jets head coach Rick Bowness recorded a loss in his season debut behind the bench. He missed the team's first four games after testing positive for COVID-19.

Dubois got Winnipeg on the scoreboard first when he took a cross-ice pass from Cole Perfetti, fired a shot and then went to the net and put in his own rebound at 4:17 of the first period.

Tavares made it 1-1 with 10 seconds remaining in a Toronto power play, sending a shot into the top corner on Hellebuyck's blocker side at 9:56.

The Leafs had a power play with three minutes remaining in the period that was notable for a hit on Mitch Marner.

Jets defenceman Dylan DeMelo checked Marner from behind into the corner boards and he smacked his head. He got up slowly and went to the Toronto bench. He didn't play the rest of the period, but returned for the second.

Kampf's tiebreaking goal from the slot at 14:34 of the second period was set up by a nifty pass from Wayne Simmonds, who sent the puck back through his legs to Kampf.

Simmonds and Kyle Clifford, who picked up an assist for getting the puck to Simmonds, were making their season debuts with the Leafs.

The second period wound down with some fights, including one that led to another Toronto power play and Tavares' second goal, a tip of a Matthews' shot with 1:05 remaining.

Winnipeg had a man advantage early in the third, but the best chance was Dubois hitting the post for the second time in the game.

Bunting ended the scoring with a backhand shot into an empty net with 2:37 left.

The Leafs finished 2-for-3 on the power play and the Jets were 0-for-3.

ON A ROLL
Leafs forward William Nylander extended his point streak to four games, adding an assist to give him two goals and a pair of assists during that span.

NO EHLERS
The Jets were without top-line winger Nikolaj Ehlers (lower body), who was put on injured reserve Friday, retroactive to Oct. 18.

Ehlers is expected to also miss Monday's home game against St. Louis. He was replaced by Mason Appleton.

UP NEXT
Jets: Host St. Louis Blues on Monday.

This report by The Canadian Press was first published Oct. 22, 2022. 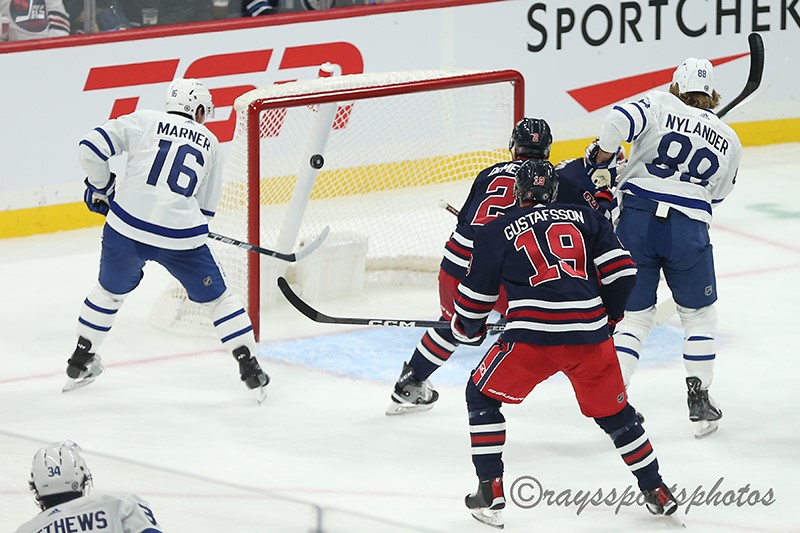 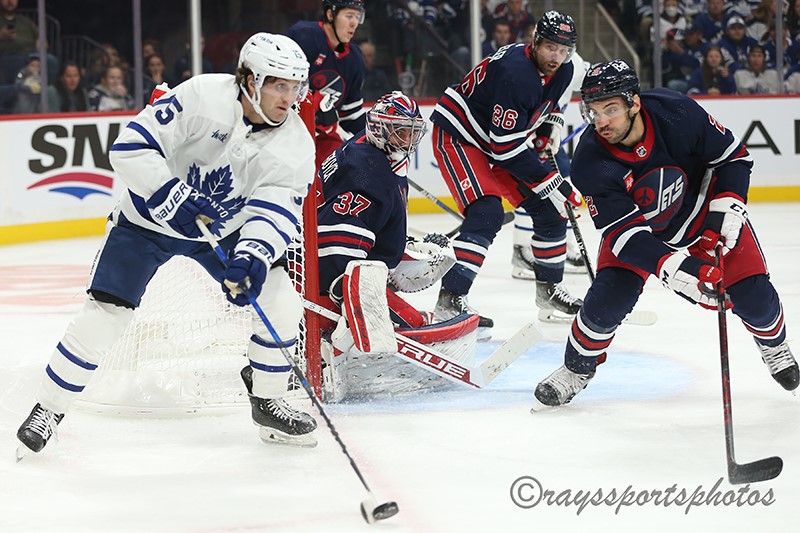 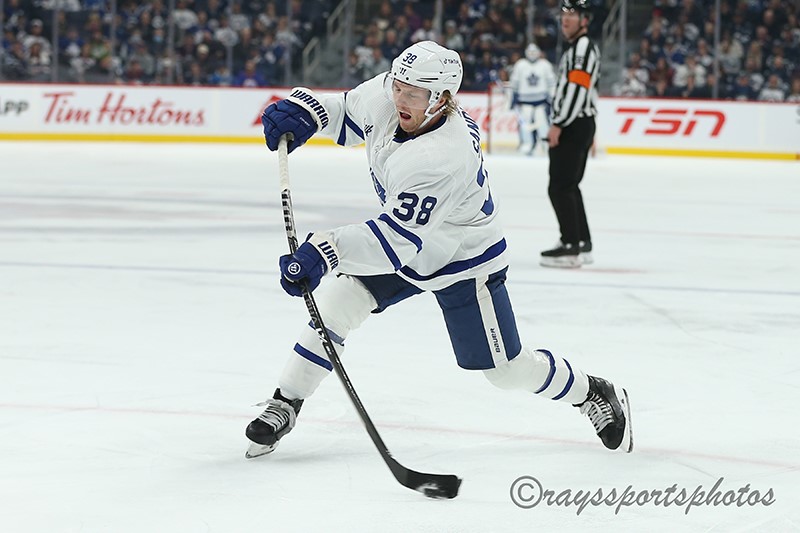 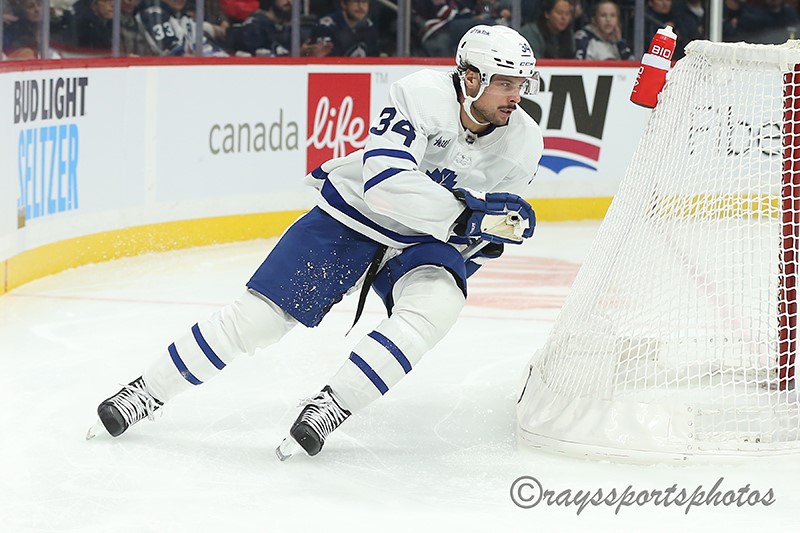 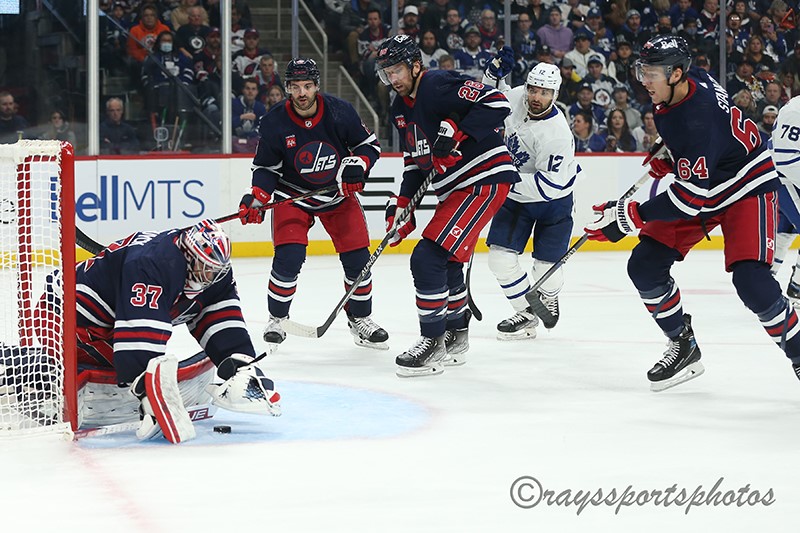 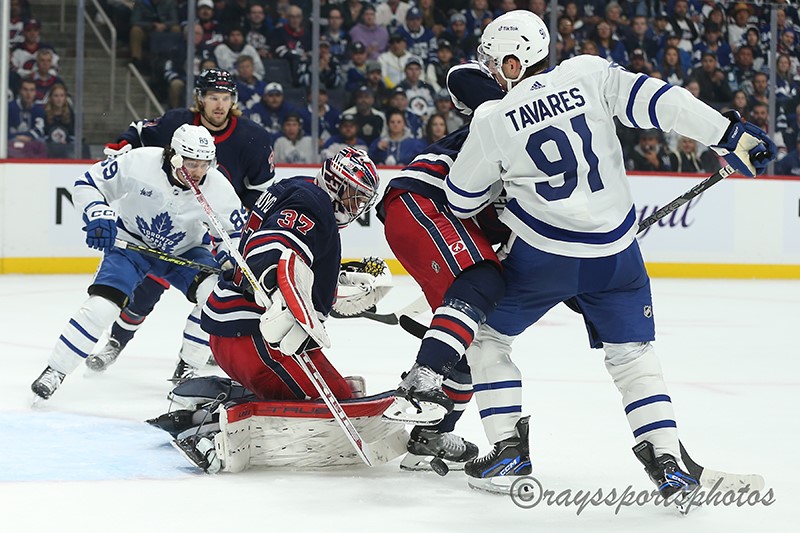 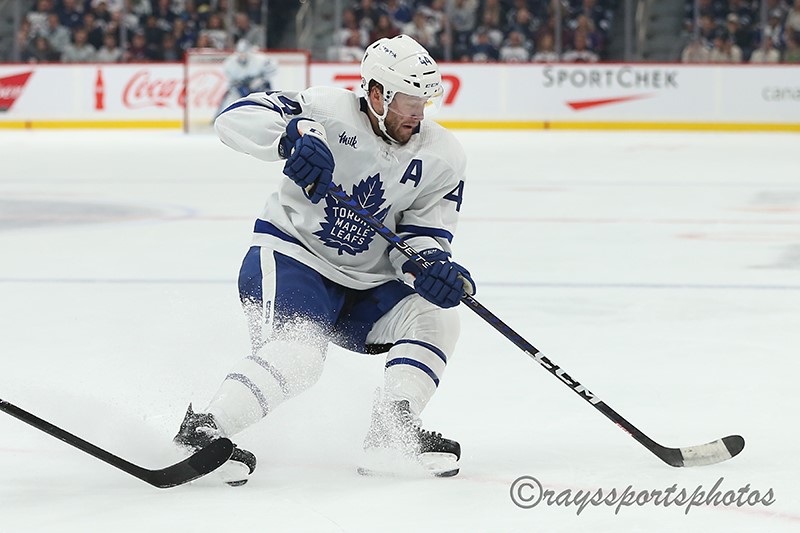 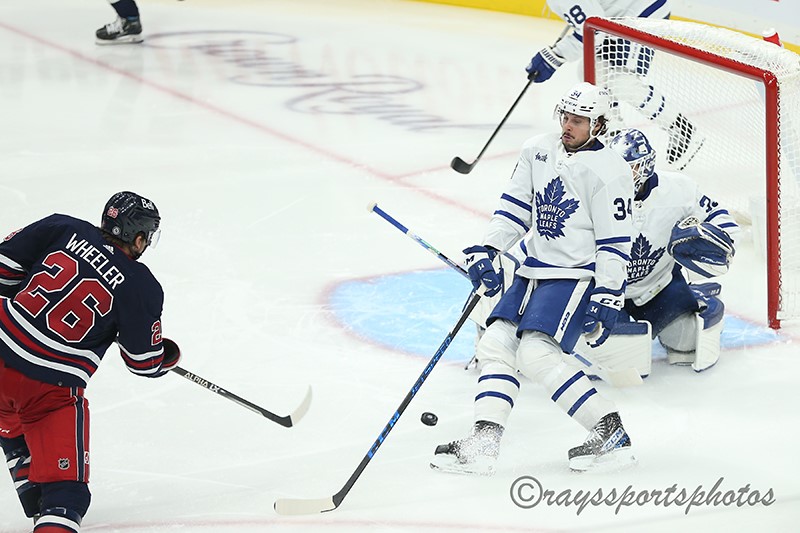 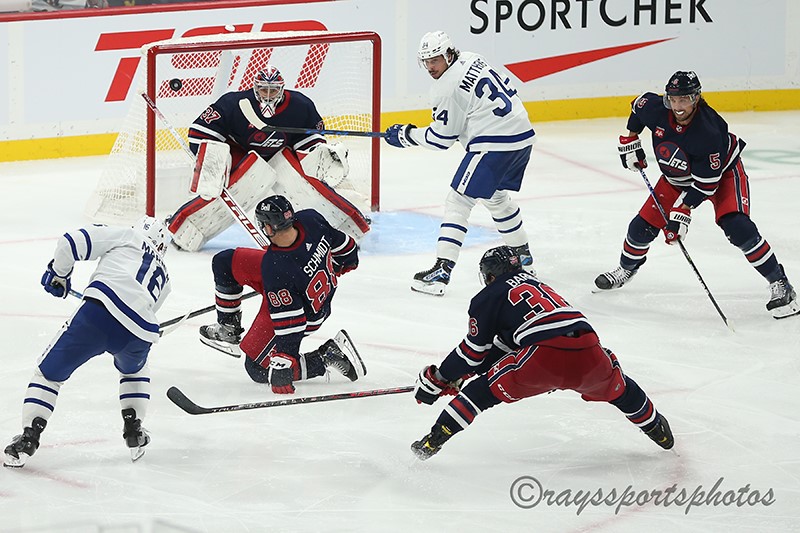 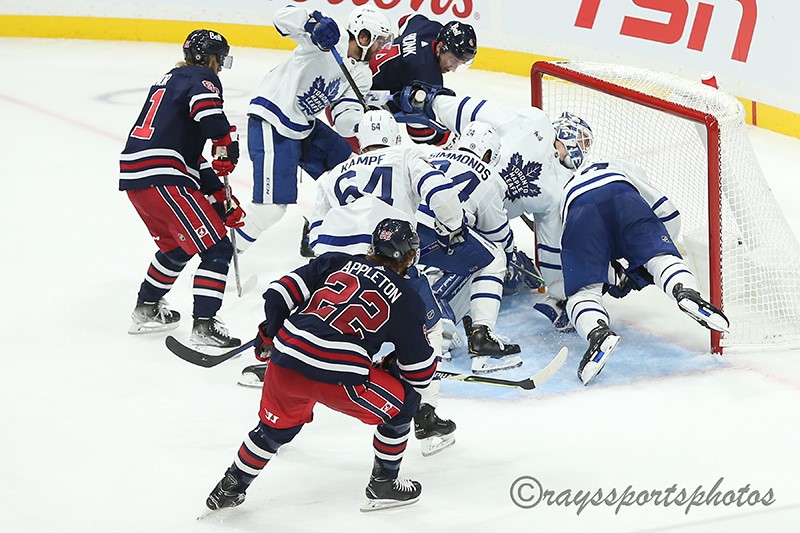 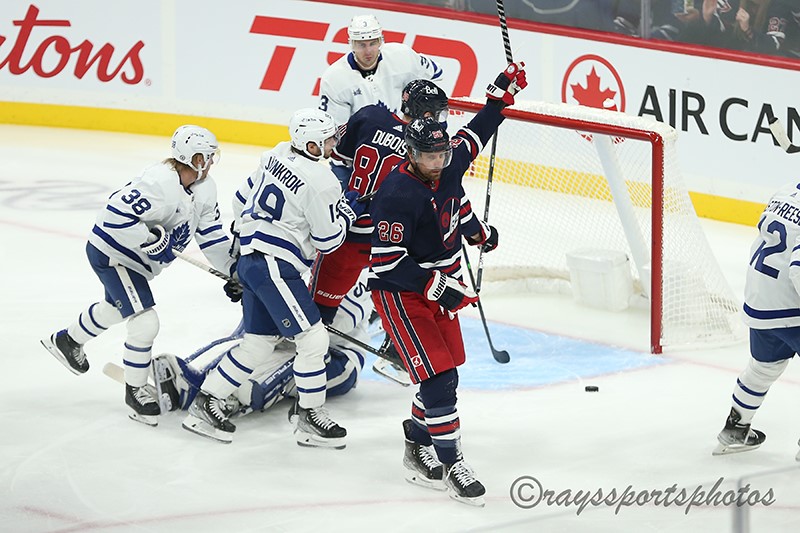 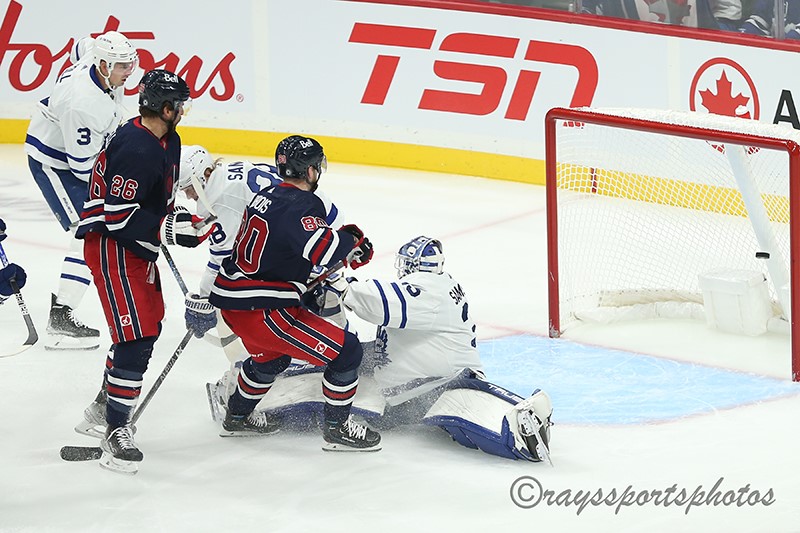 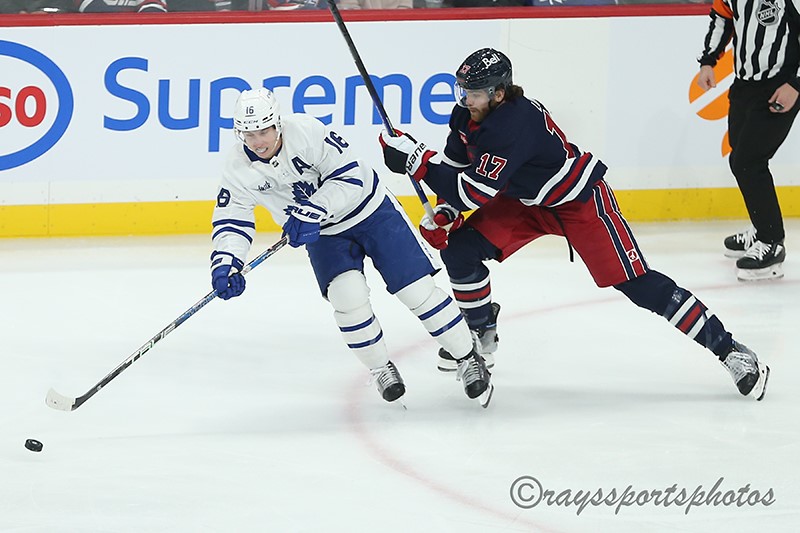 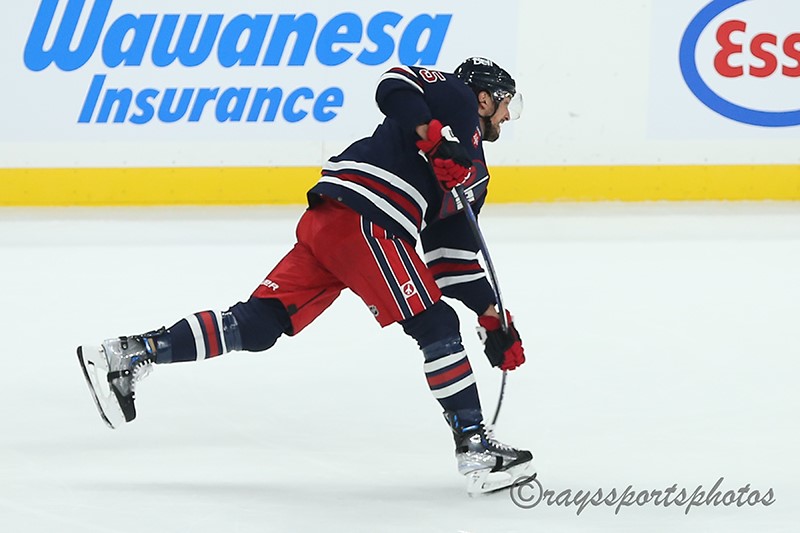 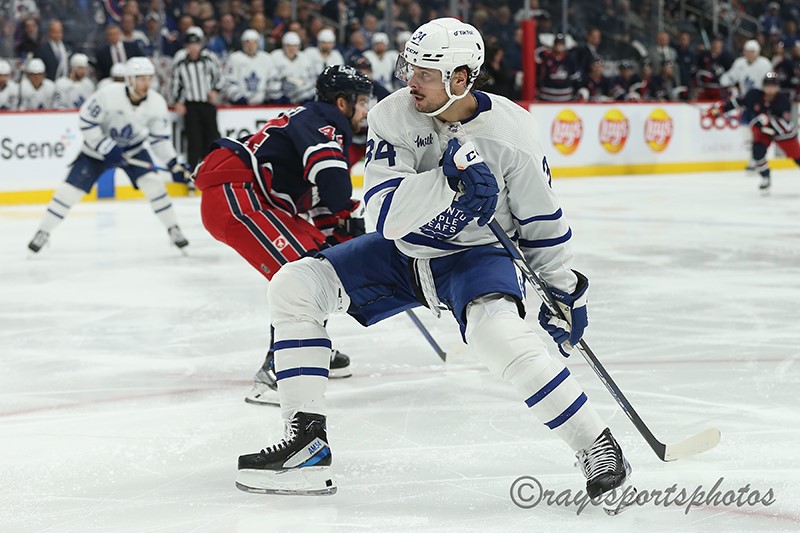