The region saw significant rainfall on July 19, with widespread totals of 50 mm and as much as 100 mm in some areas around the Winnipeg River. As a result, local tributary flows and lake/river levels are expected to increase.

The Lake of the Woods Control Board (LWCB) says that the increases should only be temporary and that things will return as drier conditions return next week.

The dams in Kenora remain fully open. Over the next week, the LWCB expects lake levels to drop by up to 2.5 cm (1 in).

Tuesday’s rainfall resulted in the Winnipeg River rising another 4 cm (1.5 in) directly below the Norman Dam, by 5.5 cm (2 in) at Minaki and by 13 cm (5 in) at Boundary Falls near the Manitoba border. As there are no changes in the Lake of the Woods outflow, increased river levels are expected to be temporary.

The lake level is expected to decrease by 4 cm (1.5 in) over the next week. Lac Seul authorized outflow is 400 m³/s with no changes scheduled. 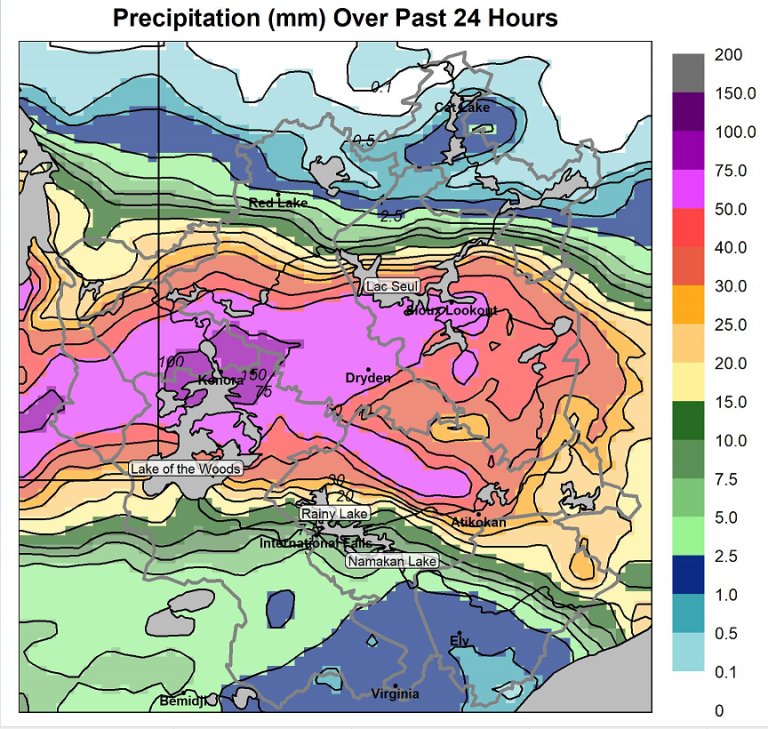 Highway 601 near Dryden closed in both directions

LOTW to drop below 2014 peak this week

Van Walleghem to step away from Council, politics