Over a week ago the Kenora Recreation Centre was turned into an evacuation facility, for those that left their homes north of the by-pass, following the city issuing an Evacuation Order for areas east of Black Sturgeon Lake on May 13, 2022.

As of May 24, 2022, Coker road evacuee Aimee Baldwin has been the only one that has used the rec centre since it became an evacuation centre, back on May 13, 2022.

She made the decision to check in on May 19, 2022, as an evacuee and see what services the rec centre had to offer, but only stayed one night.

“I was the only evacuee there, along with two rec centre staff, who’d been asked to work the night shift to accommodate me,” says Baldwin in an interview with KenoraOnline on May 21, 2022. “They brought me down to the hockey locker room area, where they had a cot and some bedding set up in a small windowless change room.”

“My private room was equipped with a bathroom and a shower, and they provided me with a bag of toiletries. The staff was really friendly and as helpful as they could be. I didn’t sleep well, the noises in the building and the lightning made it very hard to fall asleep. I checked out the next morning and won’t be going back,” adds Baldwin.

Baldwin mentions that she brought her own food, as none was provided, and water was available at water fountains around the rec centre. The reasoning for her using the evacuation centre was solely for accessibility, as she is unable to get across the flooded roadways with her small car.

Prior to checking into the rec centre, Baldwin had been staying with friends, that offered her a bed for the night, as her three jobs have kept her in town. She was able to make it across to her house in the evacuation zone last weekend by a family friend with a truck, to do some laundry and a enjoy good night's sleep, as this process has taken a toll on her sleep schedule.

“I have not been sleeping well at all, I’m getting a maximum of five hours a night this whole week, and trying to balance all of my work obligations it’s been a lot.”

Though she has been stuck in town, and away from her property, she doesn’t have any concerns with flooding, as her house is located high above the lake.

Though the city of Kenora began building up the East Melick and Essex Road intersection last week, Baldwin feels that residents out on Black Sturgeon are being left out.

“We’re part of the city and we feel left out, we pay taxes like everyone else. It just doesn’t seem fair that we are in this situation and can’t go home.”

Moving forward, hopefully, Baldwin can return home this week, as crews will be working on the flooded area of East Melick Road that is 500m north of Bells Point Road, as similar efforts will be made to raise the roadway to a safe level as has been completed near the Essex Road intersection.

Weather permitting the hope is the work will be completed by the end of this week.

Last week, city crews worked at building up Anderson Branch Road to protect it from further washouts and flooding. 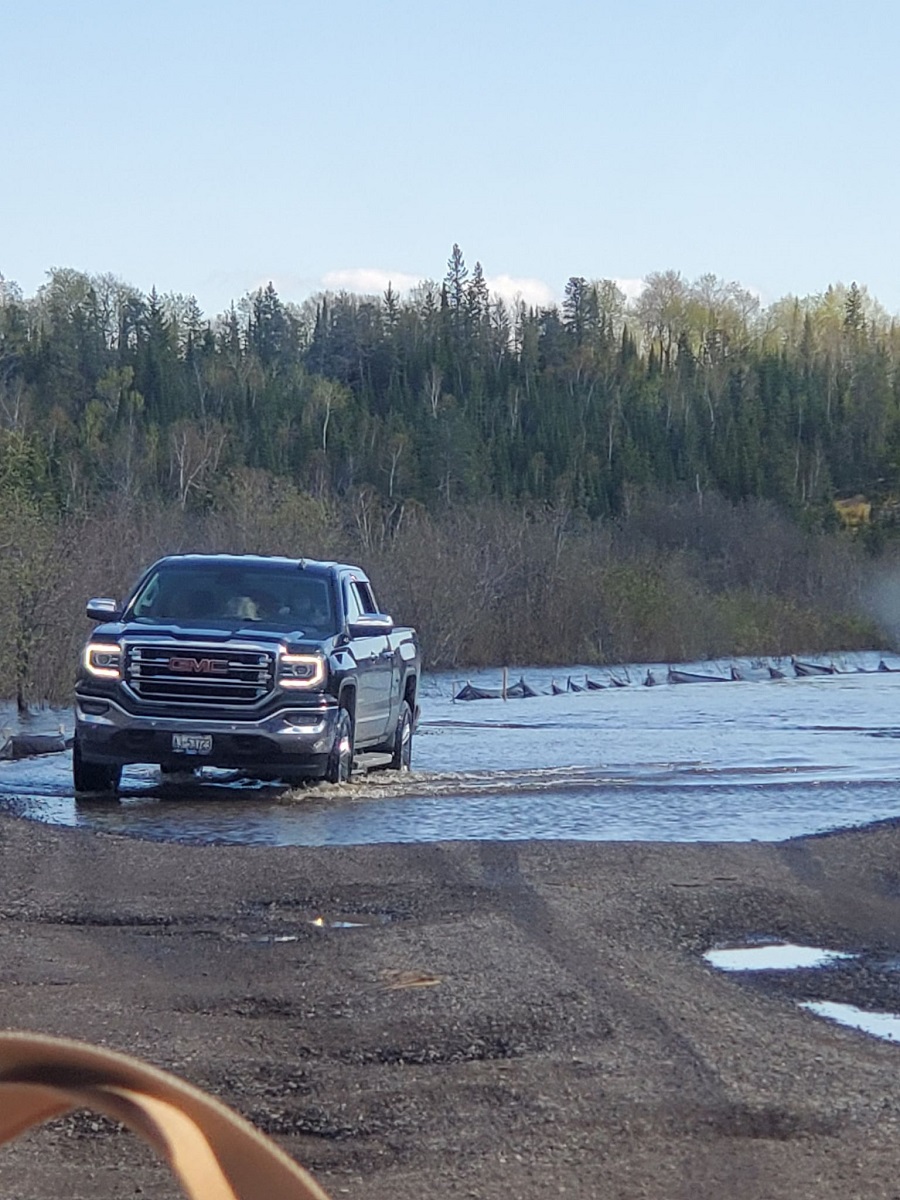 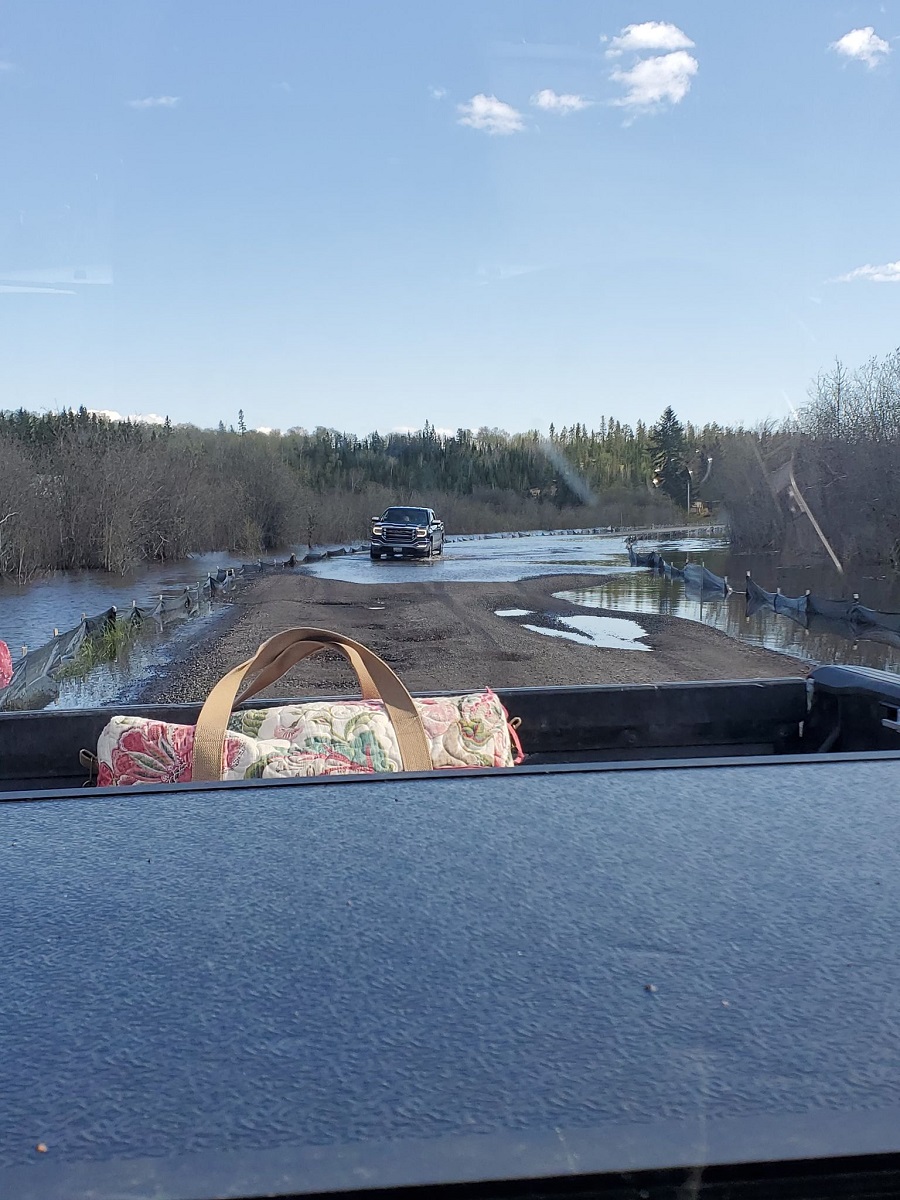 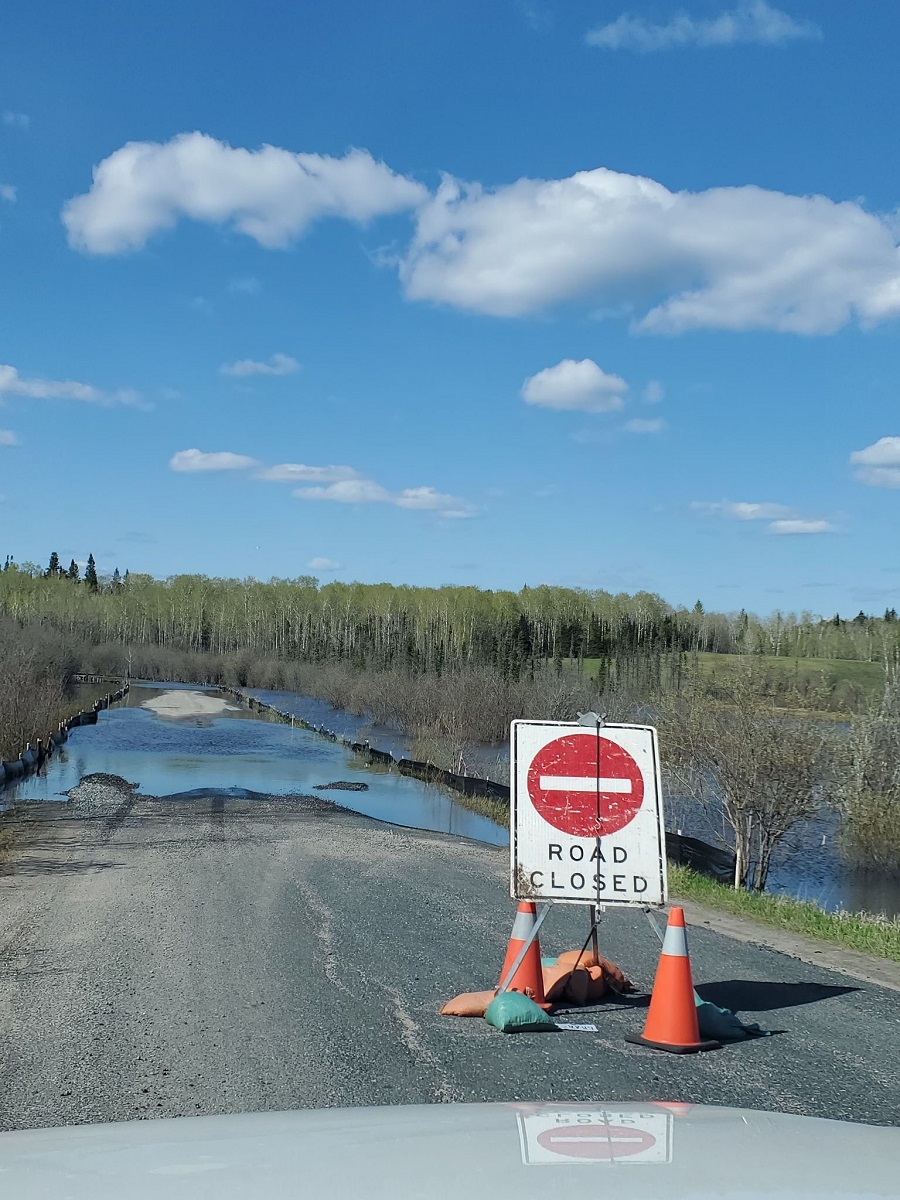