Boaters heading out onto Lake of the Woods near Safety Bay or Rat Portage Bay this morning may have felt they were under attack. That's because the Ministry of Natural Resources water bombers were out on the lake practicing for the fire season.

MacLean explains why boaters should stay away if they see a water bomber.

"We ask people to be aware that when a water bomber does start working a lake it is doing so for training for the fire season,as is the case in Kenora today, or they are responding to a fire. They need people for their safety and efficiency for fighting the fire to stay clear of the water bombers," she said. 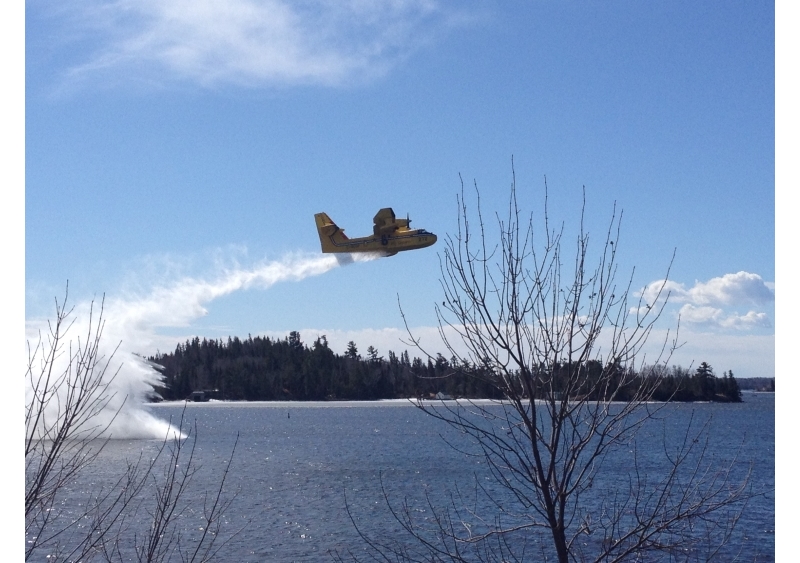 LOTW levels could peak this week, return to normal levels not likely for this summer

What does Council think of the new Husky the Muskie?

Municipality of Sioux Lookout to help residents with flooding clean-up

Bees at the Library!